A lot of people travel South East Asia, its a very well known route. More people find out that others have travelled there, they become interested. I think thatch generally the case for any destination in retrospect. But why is it you want to go there? Of course, it has many appeals. The exotic beaches, the cheap costs, the great food, but would you really have travelled this 25 years ago? Ask yourself.  No social networking, no pictures on the internet, no real knowledge of what it was about? 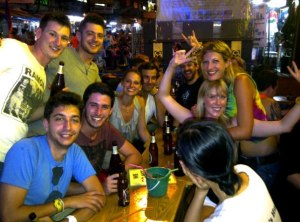 I personally would have loved to. I think re-discovering this continent, would have been somewhat challenging, a lot more than it appears to be now. More and more people, you would never think would grasp these shores, do. Whether its a couple month trip backpacking, a cheap exotic holiday or vacation, South East Asia has now become the backpacking hub of the world.

I have different reasons for it. My life was in a place which I never thought I would do it, for several reasons that changed my life upside down, it happened. When I first thought of getting to South East Asia, I can honestly say, I had NO idea of the amount of backpacker who are currently and have graced the continent. I had no idea, looking back, how much certain things are available and laid to us more easily than we could imagine. I mean, Thailand, Singapore, parts of Indonesia, Laos, Vietnam, the routes are common. Common but unbelievable wonderful. Other places such as Philippines and Myanmar are not. They are a little bit different. The traveller who has a bit of an extra curiosity normally visits these places. I mean, Bagan, there were hardly any tourists in Myanmar, and Sagada in North Philippines too. I’m glad there is scope of exclusion in these places. There is no parties, no easy rides, no western foods, no strong WIFI, these places reminded me of what exploring into the unknown is like.

I would say there are 5 reasons that South East Asia appealed to me. Here they are:

The culture. The difference in how it is in Asian. The street markets, the food, the transport, the nature, the language, the people. I ‘m curious and find Asian culture the most fascinating out of all. I wanted something different, something which everyone doesn’t want, I want the experience, the stories and the memories. 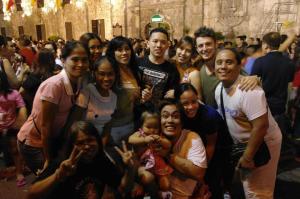 My uncle. My uncle 15 years ago lived in Hong Kong for several years. As a young teenager and below, he would fulfil me with stories of the Asian culture, ranging from HK, Thailand and Malaysia. He would bring me back 10’s of Playstation 1 games at 80p each. He would tell me of the food, the nightlife, the culture surroundings. This has a huge influence one me.

Being a naturally born explorer. Okay, this may sound a bit ahead of myself, but I had a conversation with a old class mate last year. She remembers me telling her, at 14, that when I’m older, I’d travel this world. Wow! I can’t even remember saying that nevermind thinking it. So for me, it’s always been a goal and never to follow a bandwagon of trends. 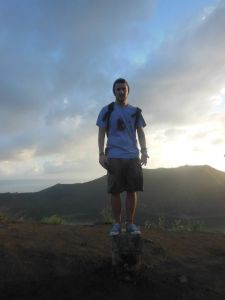 Buddhism. I’m lucky to be apart of a family with an open mind. My parents practisced Buddhism over the last 20 years almost, so I was surrounded by ornaments of Buddha, books, decorations and influence of this humbling religion. I now find so much peace visiting a monastery, doing yoga or any form of meditation. 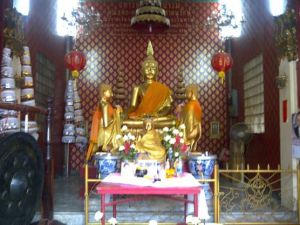 Independence and freedom. I wanted to be able to throw myself into the deep end, on my own, to do what I love to do, re-discover, explore, socialise, engage and open my eyes to new things in this world. As much as SE Asia is well travelled, its difference in European culture is incredible. I found myself doing this, became myself, forgot about acting ‘how I should’ back home, and opened up doors in my own life that I don’t think could of happened without my euphoric first and lengthy 9 month trip to this continent. 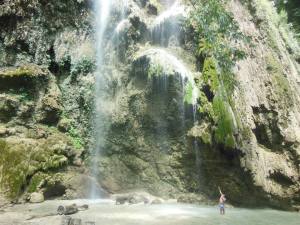 One thought on “Why I Wanted SE Asia.”